Are you interested in setting up a women-only triathlon club?

We talk to triathlon coach Jo Lewis about what it takes to run a women-only triathlon club and why her members love it.

Jo Lewis co-founded Tri50 in 2010 with a vision to inspire and nurture mature athletes. Jo has had a successful competitive career including being National Age Group Champion at Sprint Distance, captaining the GB Age Group Team and winning multiple medals at international level.

Her coaching commitments include running several running/ triathlon clubs one of which is a women-only triathlon club in Buckinghamshire. She counts Theresa May amongst her previous clients.

We caught up with her after her Monday morning session to find out why her women-only triathlon club is thriving.

Jo, tell us about the group 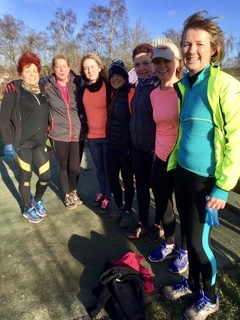 There are about 15 ladies in the group at the moment. We meet on a Monday morning and it sets us all up for the week. This morning the weather was cold and wet but we had a great session and were energised and uplifted by the end of it.

I asked if anyone would have made it out to train on their own if they hadn’t come to the group and it was a resounding no! Once you’re part of something, though, you feel some responsibility to make it there each week. I think everyone looks forward to seeing the others and catching up, as well as getting some training in.

What are the benefits of a women only group?

Women like the support they get from other women and can relate to each other. Sometimes our confidence levels can be different to men but in the group setting, women can relax and don’t feel intimidated.

Also, there are some things that women have to consider before a triathlon that men don’t such as getting the right bra! It’s probably easier to have that conversation with no men around.

With training in general I think there are other concerns women want to discuss with other women, like the affect it can have on their periods and how the menopause will affect their training.

What’s the typical profile of someone in the group?

I’m happy to say there isn’t one! Many have lost a bit of confidence often after having taken time out to raise a family.

I’ve never turned anyone away but always make sure their expectations are realistic including the time it will take to get them to where they want to be.

What would your advice be to someone wanting to start their own women only tri group? 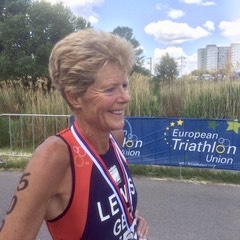 Obviously you need the right training yourself and you must have your BTF level 2 qualification and some coaching experience. I would really recommend getting someone to mentor you – I do a lot of that and it’s great to draw on the knowledge of someone who’s experienced.

Do plenty of research, connect with local clubs and see what’s out there already. Make use of your own contacts and social network. Contact your local council – sometimes they can help with costs such as pool hire. Make sure you have the correct insurance.

What’s been key to your success?

It’s all about passion! You don’t have to be a top athlete to succeed in coaching, but you must love what you do and have the drive and energy to keep learning. Make sure you get plenty of sleep – I need 9 hours a night and a power nap – I need it!

What’s the best thing that’s come out of the group?

We’ve had some fabulous success stories that I’m very proud to be part of. I love to see women get to where they want to be. For one woman in the group, that was reversing her diabetes. For another it was helping her along her journey to recovery after breast cancer.

There have been many who have lost confidence after an injury and seeing them achieve their potential again is priceless.