As we saw, the Spanish triathlete Diego Méntrida was celebrated on social media this week. He sacrificed third place in the 2020 Santander Triathlon to British triathlete James Teagle. James was on course to win third place in the competition in Spain when, just meters from the finish line, he missed the last turn and ran into spectator barriers. Diego overtook him but, noticing the error, he stopped to allow James to cross the finish line first. “He deserved it,” Méntrida said later.

Diego’s gesture prompted a flood of support, a match of the 3rd prize money, and he has been hailed as a true sportsman by the media. So far so good.

However, imagine my surprise when I listened to Anne Atkins on the BBC Thought for the Day yesterday. She said:

When Diego let his rival pass, it was apparently the ultimate act of true sportsmanship. We have never heard of anything like it before, yet it is supposed to be all that sport is about.

I don’t think Anne’s doubts apply to triathlon. Anne defines ‘true sportsmanship’ as ‘fairness, kindness and a genuine sense of priority’. I feel this is what the sport of triathlon and what triathletes are about.

Do you remember when Alistair Brownlee carried his brother Jonny Brownlee over the finish line in the final of the 2016 World Triathlon Series? Leading the race in Mexico, with a kilometre to go, an exhausted Jonny stopped and began to stumble. Alistair caught up with him, pulled his brother to the finishing line, and pushed him forward so he could take the place before him.

Another famous example happened at the Kona 2008 Ironman race. 80km into the bike leg of the race, Chrissie Wellington had a puncture. She managed to change her inner tube quickly, but then made a mistake trying to inflate it. She did not press either of her two CO2 cartridges down hard enough so the air did not go into the tyre. Triathlon rules do not allow for external help, but one of her rivals, Australian IM Champion Rebekah Keat stopped and gave Chrissie her own CO2 cartridge. Because help from inside the race is legal, Chrissie was able to get back on her bike, and went on to take first place in a spectacular race!

It is not just professional triathletes who show sportsmanship. Acts of kindness can be seen and felt in many races. My good friend ‘Irongran’ Eddie Brocklesby frequently reports of big crowds cheering her into the finish at full ironman distance races. Often fellow competitors and spectators have waited several hours just to cheer a 77 year old woman over the line. 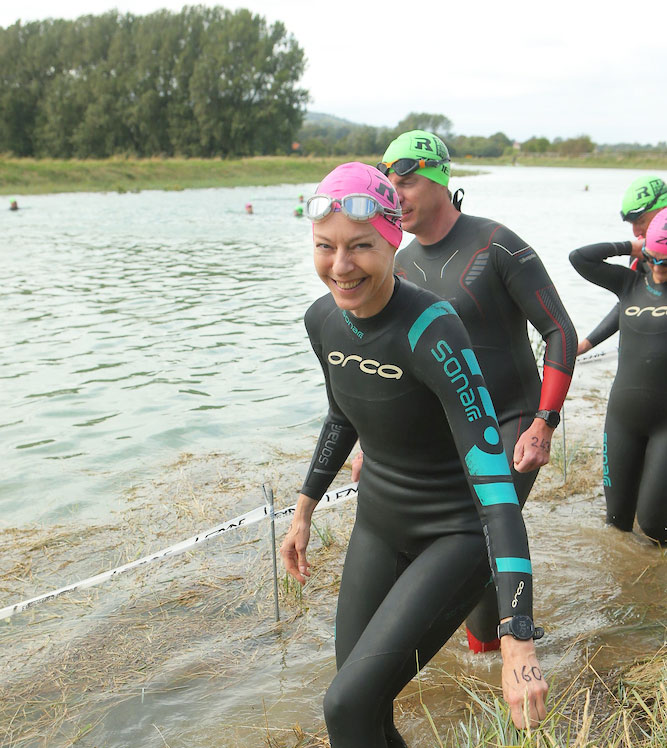 And it is not only at the big triathlon races where true sportsmanship is present. You feel it at most races, big or small, across the country. Last year I suffered from sudden cramps in a long distance swim down the river Adur. The river was extremely wide at this point. With no safety kayak in sight I was on the brink of panic when three fellow competitors slowed and stopped to offer me help. One of them stayed with me until my cramp had passed and I assured him I was fine.

Anne Atkins’ three minute ‘thought for the day’ is well worth listening to*. But I believe fairness and kindness makes triathlon special. It is why I am proud to be a triathlete.

I want to leave with another quote from Anne Atkins:

Generosity is not just reciprocal but infectious. One good deed often leading on to many more.

I would like to encourage you to share your own stories. Show others the true sportsmanship side of triathlon. And who knows maybe we can spore on many more acts of generosity and kindness.

What do you think? 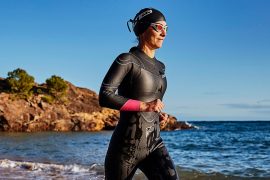