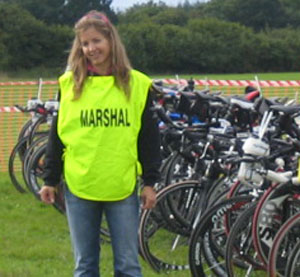 Fairly soon after starting triathlon I joined the Brighton Phoenix Tri club. Having been involved in a swimming club growing up I thought this the obvious next step. Over the coming months and years the club was to be a source of a wealth of information, helping me to find out about all aspects of triathlon. I made new friends, found training partners, and regularly found a helping hand when needed – I just remember the countless lifts to races that I and my bike benefited from! I love my club but it wouldn’t be the same without its members. So once I’d found my footing I started to think about how I could get more involved.

It didn’t take long to spot the obvious opening. As a teenager I had coached kids in my swim club, and despite the fact that my German qualification had long since expired, it didn’t mean I couldn’t help people to swim better. So I started to help out in our weekly club swim session, and eventually obtained level 1 and 2 triathlon coaching qualifications.  While this move was initially driven by me feeling somewhat guilty about always taking rather than giving and wanting to be more involved in the club, I soon developed a greater satisfaction. The moment you see that you really are making a difference to someone’s technique, helping them swim faster and feel more comfortable in the water, and observing their joy over their progress, you can’t help but feel all warm and fuzzy inside. I get as excited as a young kid and have been known to jump for joy by a poolside after seeing a dramatic improvement in a swimmer’s stroke. I find the whole experience of coaching  deeply satisfying, and now I wouldn’t want to miss out on helping others, and being part of such a lively little club. 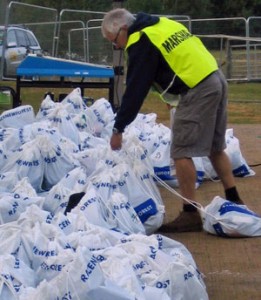 Of course there are always many other ways of contributing. I’ve always stayed clear of the admin type stuff that’s involved in running such a club, but if you’ve got some time to spare, your help will be much appreciated. And then there are the races. If you’re not racing yourself, why not volunteer to marshal? Yes, it’s tiring, but you could make someone’s day, and you learn to appreciate how much work goes into organising these events. From my own experience, it’s usually a hugely rewarding day with lots of friendly banter.

The triathlon community works because people give and take- why don’t you be part of it!