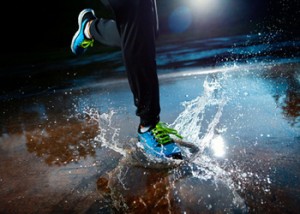 6 days to go until my first triathlon of the year, although if it continues to rain like this it may just be one big swim! I did the same event last year, my first ever.

I’ve dug out my times and really hope I can beat them for a number of reasons: I like to think I’m fitter (I’d only trained for 4 months prior to the event last year) and of course, I now have the added bonus of a decent bike to help speed things up. Also, the transitions should be quicker as I will be familiar with the process and will try to avoid the general faffing of last year. I know it really doesn’t matter if my hair looks a mess and not sure the face moisturiser was really necessary after the swim!

Training in the rain this week has been very wet to say the least.  I managed a 10k run, which I was pleased with, as I’ve not been running longer distances recently but have focussed more on speeding up over 5k. It felt good to know that I still have it in me, though can’t believe I actually ran a half marathon last September. I’m sure the speed (fartlek) training is paying off, as my average running time per mile is definitely improving. I also tried running with the dog, which proved impossible as there were so many stops en route and too many people/dogs to say hello to.

I’ve had a couple of sessions on my new bike and have really enjoyed getting used to an easier, faster ride. My old bike was so heavy that just to get started my legs would be in agony due to the build up of lactic acid! Not good. I still need to get used to a number of things though – working through the gears and understanding what configuration is best for flats/hills, etc. The riding position is surprisingly comfortable, but any length of time on the drop handle bars causes a pain in my neck as I get used to keeping my head up and facing forward… This is quite normal I am told and will ease as I get more miles in. Finally, moving to cleats and cycling shoes is going to be my biggest challenge. I’ve decided to go with the SPD system (as explained on the trigirl site: https://www.trigirl.co.uk/tri-kit/choose-cycling-shoes/). The decision maker for me was that the SPD shoe also works on the fixed spinning bikes. I think I’m going to ease myself in gently and won’t use them until I’ve practised clipping in and out. If it’s going to be wet next week, I’ll be rubbing vinegar onto the wheels to reduce risk of skidding – thanks Jo for the tip.

So, I’m ready as I’ll ever be and raring to go (with a few nerves mixed in)! 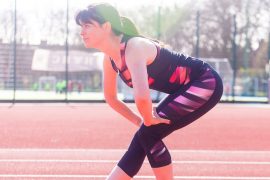 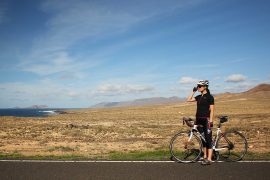 Trigirl HITT Training is Back!