Trigirl is proud to announce that we are once again partnering with Deva Divas triathlon and quadrathlon. Held in Chester on 14th of  July, Deva Divas is a short distance ladies-only race, providing fantastic support for beginner and improver triathletes. They offer beginner’s seminars (one this year already attracted 55 fledgling triathletes!), training days, bike workshops and more.

Registrants to Deva Divas triathlon not only receive a Trigirl discount code, but have the opportunity to compete for Trigirl prizes and vouchers, as well.

Beginning in 2006, Deva Divas is now a very popular event- so popular, in fact, that the quadrathon (swim, bike, run, kayak) has now sold out for the third year and the triathlon is selling quickly, too.  Part of the race’s popularity comes from its winning the coveted British Triathlon “Event of the Year”, Triathlon England Club Event of the Year and also North West Regional Race of the Year in 2016. Deva Divas is also the only race to have ever won the British Triathlon award twice, after winning it for the first time in 2009.

‘It was so well organised and run, the volunteers were amazing, so supportive and friendly and I have never felt so safe on a bike course due to the excellent marshalling. What a fantastic triathlon.’

‘Wow!! What a fabulous event! … I loved all the training sessions. They really calmed my nerves at this was a first for me. It made the actual event less of an ‘unknown’.’

‘It’s lovely to take part in a triathlon where the organisers and team genuinely want you to enjoy the day and do well.’

If you’re considering your first (or 50th!) triathlon and want a supportive, women’s-only race (with the BEST prizes!), why not give Deva Divas triathlon a go? But hurry! It sounds like spaces won’t last!! 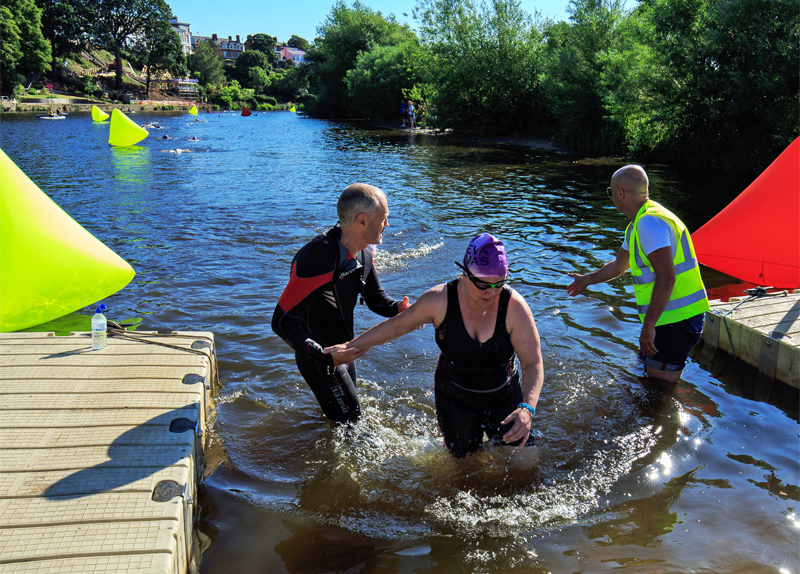 Deva Divas will be held on Sunday, 14th July, in The Meadows, Chester. More information and registration can be found on their website.